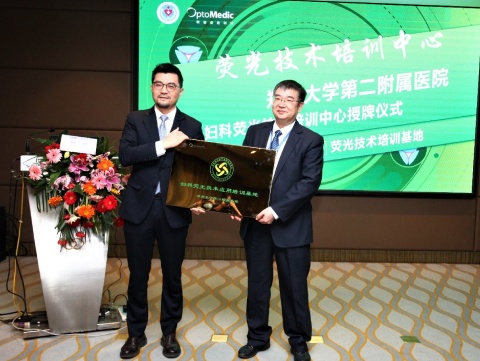 At the meeting, Prof. Wang Wuliang, director of the Department of Gynecology of The Second Affiliated Hospital of Zhengzhou University, said that based on his experience in using OptoMedic HD fluorescence for more than two years, he said that fluorescence technology has high clinical application value in the treatment of cervical cancer, endometrial cancer and sentinel lymph node surgery. The establishment of the training center provides a good platform for the development of laparoscopic fluorescence technology, and has a positive role in promoting the application of fluorescence technology in the field of gynecology and the popularization and improvement of minimally invasive surgical technology. 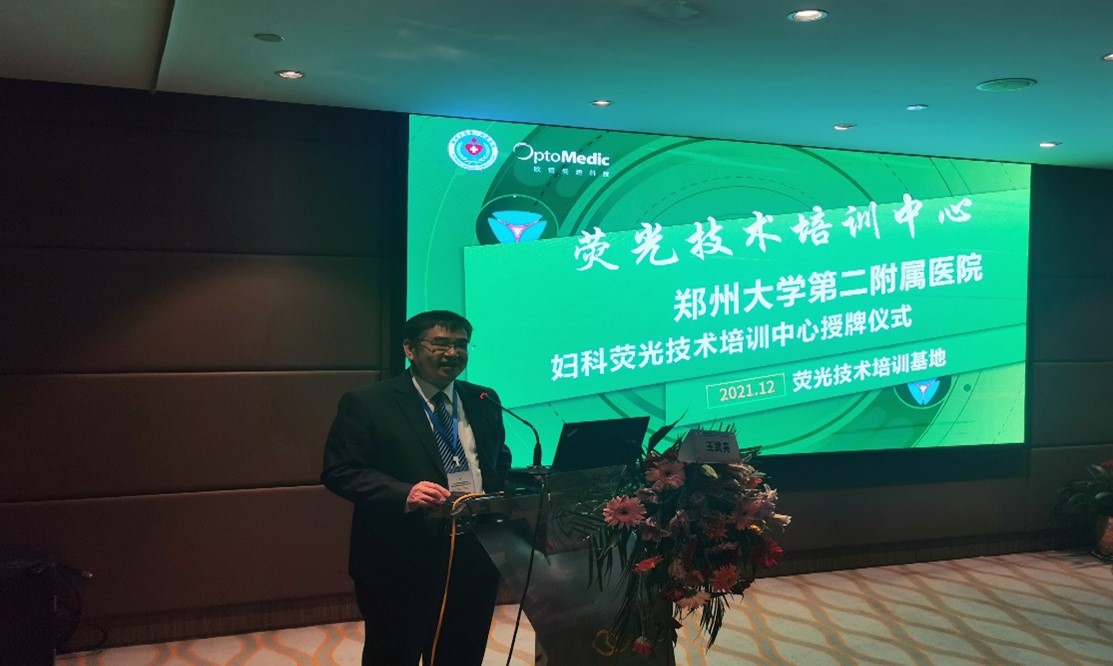 Mr. Wang Yu, Executive Deputy General Manager of OptoMedic, expressed his gratitude to Prof. Wang Wuliang and The Second Affiliated Hospital of Zhengzhou University for their affirmation of OptoMedic's fluorescence technology. OptoMedic, as the world's leading company for functional endoscopy, has the responsibility to make the best functional endoscope, so that fluorescence technology can better serve the majority of clinical experts and ultimately benefit more patients. 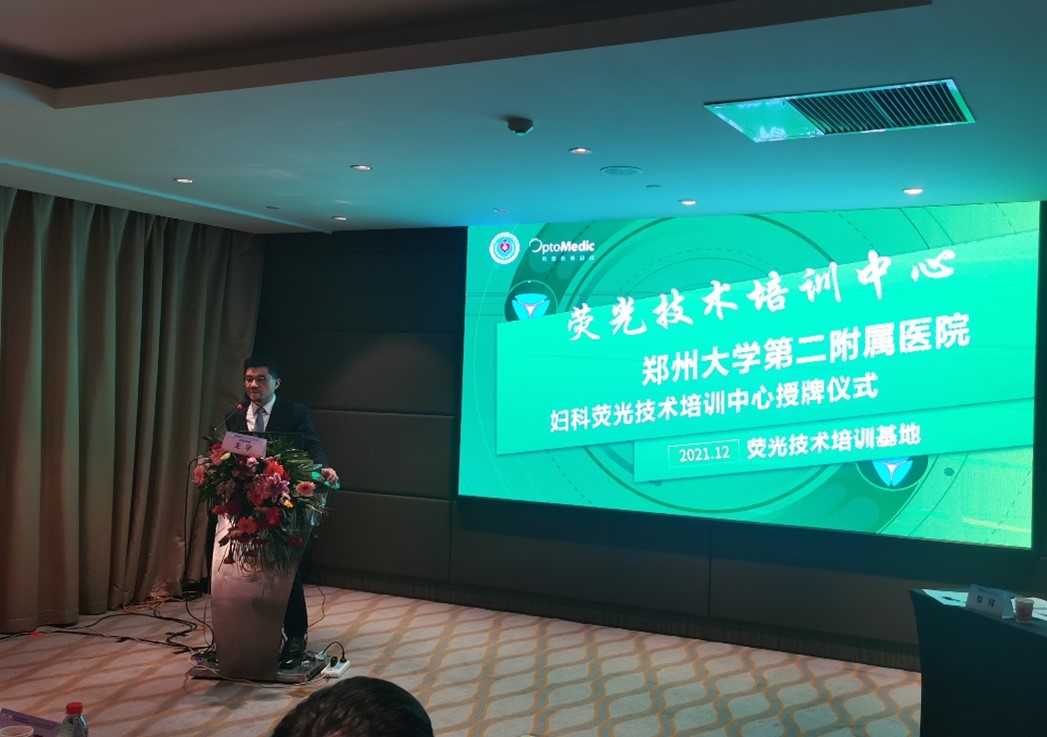 The Department of Gynecology of The Second Affiliated Hospital of Zhengzhou University is one of the key hospitals in Henan Province, a clinical specialty of Henan Province, and a training point for doctoral and postgraduate students in obstetrics and gynecology. For various gynecological incurable diseases and critically ill patients, the treatment methods are reasonable, the curative effect is satisfactory, and the incidence of complications is low.
As an innovative company rooted in China and leading the world in functional endoscopy, Guangdong OptoMedic Technologies Inc. has been exploring the field of functional endoscopy for many years.
Technological innovation requires continuous scientific research support, and at the same time, it also requires continuous exploration and attempts in clinical practice, so as to exert greater value. 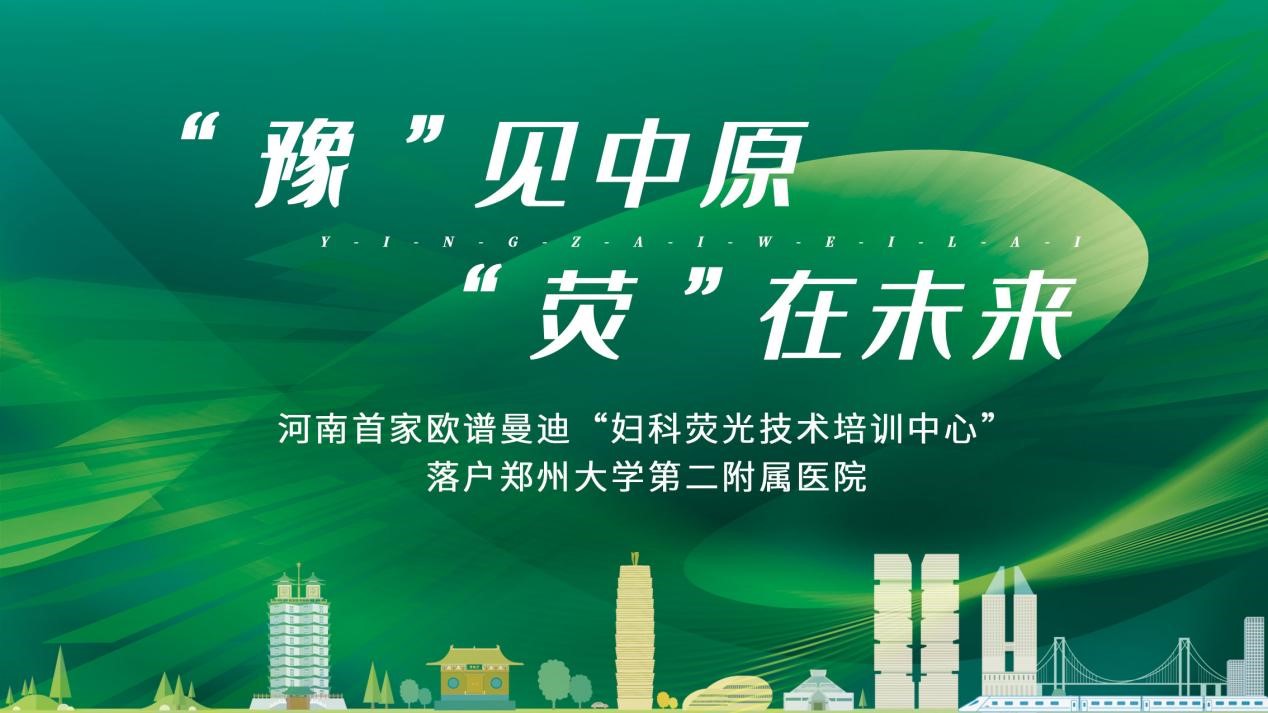 The "Gynecology Fluorescence Technology Training Center" project is of great significance in The Second Affiliated Hospital of Zhengzhou University, marking a new level of cooperation between the two parties. Based on the recognition of fluorescence technology by both parties, the combination of high-precision laparoscopic equipment and superb medical skills will help the minimally invasive and precise treatment of gynecological tumors, improve the national network of fluorescence technology training centers, and further improve the diagnosis and treatment technology of domestic precision medicine.